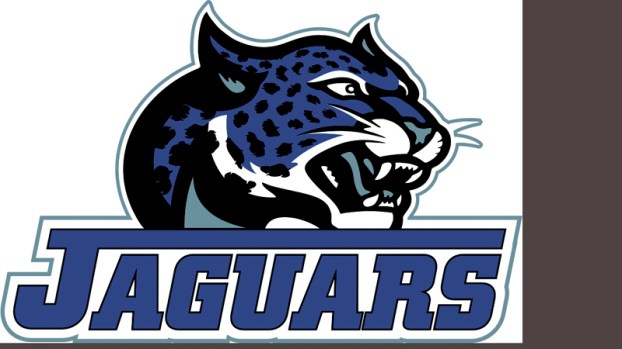 The win that the Jaguars were able to put together against a team that has been at the top for years, was one of the biggest upsets in memory.

With the second of three long road trips on the schedule, the road was still full of JDC license plates, giving the Jags a huge visiting fan base in a college style setting at Wayne County.

The Jags set a tone early in this game taking the ball straight down field on a seven play 63-yard drive, finished by a 45-yard run by James Washington.  The snap for the point after was fumbled, but the Jags still had the early lead 6 – 0.

The defense stepped up  sending the War Eagles to the bench after their offense was sent backwards for nine yards. The Jags recording a sack on the second play and a run stop for a loss of three yards.

Wayne County put together a good drive on their second possession after the Jags’ drive ended on a fourth and four.  Driving down to the 22-yard-line of the Jags, Wayne County’s drive stalled. A field goal attempt of 39 yards was wide right.

The next two drives ended with a Jag interception and a Wayne County fumble at their own 23-yard-line. The Jags’ offense took advantage scoring from four yards out on a Jafharis McKines’ run.  The point after touchdown was no good. The Jags lead increased to 12 points.

The War Eagles completed a 74 yard pass for their first touchdown of the evening.  The point after kick was good, and the lead of the Jags was cut to 12 – 7.

A 13 play, 69 yard drive finally completed by Jafharis McKines from three yards out.  A beautifully executed screen pass that gave the Jags a score early, was negated by a chop block call in the end zone. McKines scored the two-point run increasing the Jags lead to 20 – 7, with just over two minutes to play before the half.

Getting the ball back one more time before the half, the Jags took over at their 39 with 1:32 left on the clock.  Kyser Booth took a pitch and weaved his way 61 yards for his first touchdown of the season.  McKines scored again on a two- point conversion, and the Jags were in control leading 28 – 7.

The War Eagles took control in the second half thanks to a hot passing attack and a fumble on the kickoff by the Jags.

What was a commanding lead was now down to eight points.

The Jags answered right back with a show of power running, then Jafharis McKines slipped out of the backfield, finding himself 15 yards downfield from the nearest defender as Lyric Hall lobbed a pass to McKines and he walked to the end zone.  Jags’ lead was back to two touchdowns.

The Jags’ offense set out to eat up clock, and score all in one drive. This they did with a 12 play drive,  scoring as Demazie Mikell got his first touchdown of the evening.  Point after touchdown kick was good, making the Jags back up by three scores.

It took exactly 11.5 seconds for Wayne County to cut the score back to two touchdowns as the War Eagles took the ball in at the 14-yard-line.  Going straight up the middle, the War Eagle was untouched for 86 yards.   The point after touchdown was good making the lead 42 – 27.

Another fumble ended the Jags’ next drive, but with Wayne County’s offense ineffective, the Jags were right back on the field.

Kenterio Smith got his first touchdown, a bad kick on point after, but the Jags were back to a three touchdown lead.

Wayne County had one more good drive, even though they fumbled at the six-yard-line. It took five plays from the five-yard-line before the War Eagles scored.  The point after touchdown was good, lead cut again to two scores.

The Jags were able to take their last drive and run out the clock, giving the Jags the surprise win 48 – 34.

“This is what a win feels like, when you give everything you got and win,” said Coach Mancuso after the victory. “I wanted to find 11 who wanted to play, I think I found 50.”

District 8-3A results:  Columbia, West Marion, and Seminary lost; Wesson and Tylertown won.  JDCHS is the only undefeated team in 8 – 3A.

The defense of the JDCHS Jaguars are leaps and bounds ahead of the offense, which in of itself, is not... read more