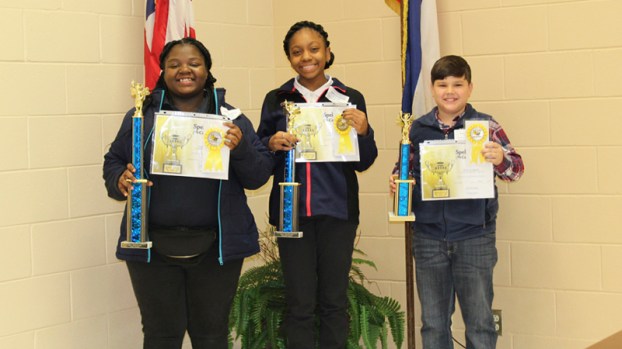 The Jefferson Davis County School District hosted the 2020 county spelling bee at the Academic Success Center in Carson on Feb. 6 at 9:30 a.m.

The overall winner of the 2020 Jefferson Davis County spelling bee was Alaina Washington, a sixth grade student at CES.

The winning word spelled by Washington on the county level was caroling.

Washington advanced to the Mississippi overall spelling bee held March 10 at the Mississippi Public Broadcasting auditorium in Jackson. Her results were not available at press time.

The score keeper was Joan Bass, and the announcer was Margaret Wallace.

Vendors back for the 37th Run

The Run for the Roses committee members are pleased to announce that vendors are back for this year’s event. “We... read more