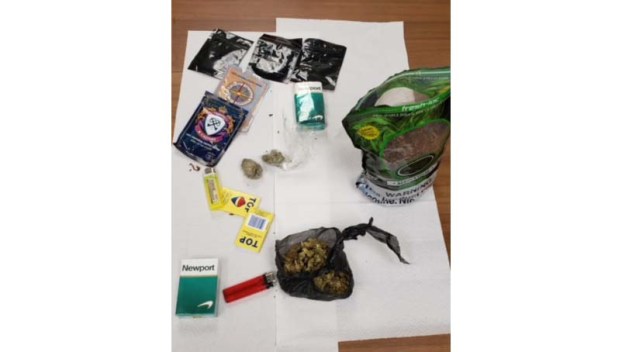 Marijuana, drug paraphernalia and cigarettes were among items a jail trustee was trying to smuggle into the Jefferson Davis County Courthouse recently before his plan failed and he was arrested for entering contraband into a detention facility.

Jefferson Davis County Sheriff’s Deputies have charged three inmates with entering contraband into a detention facility after authorities discovered drugs and paraphernalia outside the courthouse area.

Trustee Rayshawn Hooker was seen on video surveillance attempting to bring the items inside the jail after putting the package inside his uniform.  Hooker is in the Jefferson Davis County Jail on grand larceny charges.

After a shakedown following the discovery, Jamal Harper was found with a cellphone inside his cell and also charged with entering contraband into a detention facility. He was charged with possession of drug paraphernalia earlier this year.

Braden Smith, in jail for possession with intent, was later caught with a cell phone in the bull pen and received the same charge of entering contraband.

“We are not going to tolerate this,” said JDC Undersheriff T. C. Cooley. “Keep trying and we are going to keep finding it.”

“If it is here, we will find it, and the guilty will be charged,” said Jefferson Davis County Sheriff Ron Strickland.