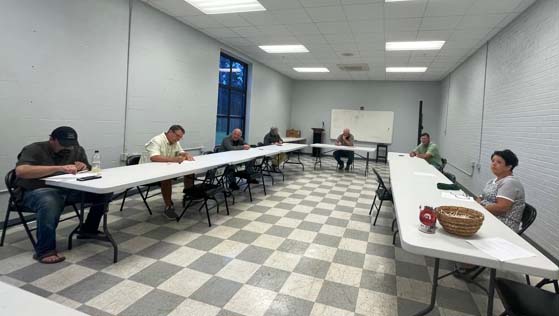 Holley Cochran / The Prentiss Headlight—The Prentiss Board of Aldermen met Tuesday at the Ronald W. Jones Memorial Complex for the second meeting of the month.

The Board of Aldermen for the Town of Prentiss met Tuesday for its second monthly meeting. After the meeting was called to order departmental reports were given.

The Board unanimously approved the hiring of Gavin Allen for part-time at the Prentiss Fire Department.

There was no report given from the Property Maintenance Department.

After a brief discussion regarding the upcoming Municipal League Annual Conference on the Mississippi Gulf Coast, the meeting was adjourned.

Cadaver dogs with the GTR K9 Search Team out of Columbus were used in the search of a pond on... read more